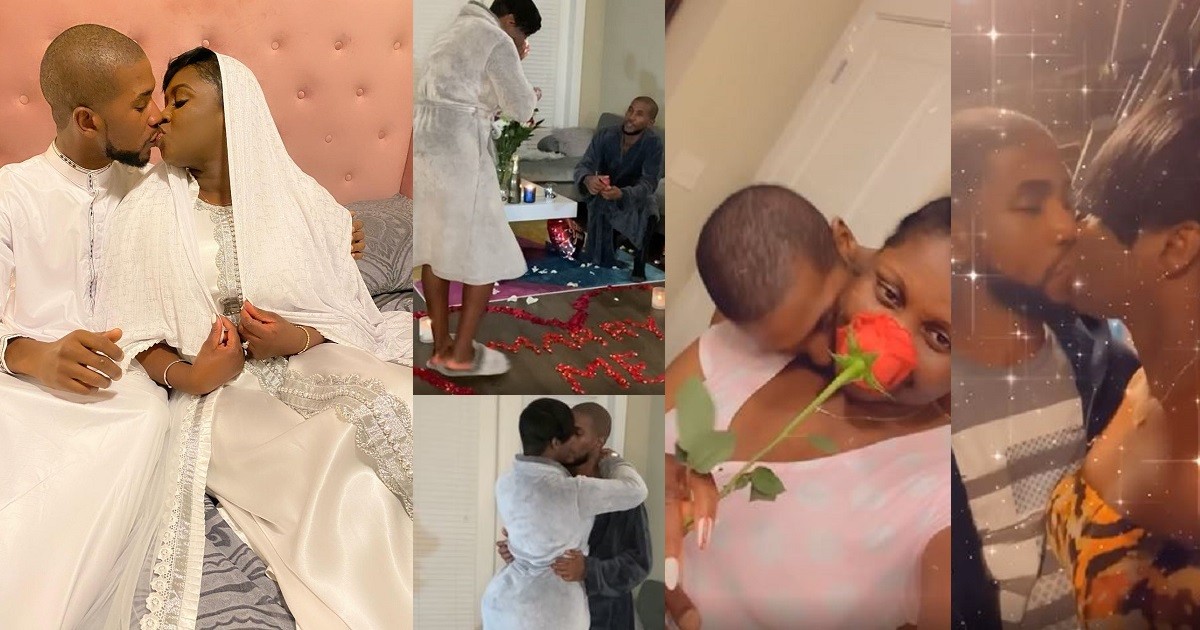 It recently emerged in the news space that Gambian-born actress/model/entrepreneur Princess Shyngle has walked away from her marriage with Bala-Gaye, which is just two months old.

The reason for her decision to leave the marriage we later gathered was because of the constant abuse she was suffering at the hands of her husband that early in the marriage.

READ ALSO: Nana Appiah Mensah Replies Bridget Otoo After She Questioned Why He Was Walking Around A Free Man

After telling the world about the collapse of the marriage and why she is not walking back into it, Princess Shyngle has finally revealed why the marriage collapsed this earlier.

During a live session on her Instagram page, the tiny waist actress revealed that posting her marriage on social media caused it to collapse adding that she thought she understood social media better but she got hurt so badly.

Princess Shyngle in the live video further went on to say many people cautioned her in her DM to put her love life in a private state but she failed to listen to them thinking she knew better.

She added that she now understands why all these people told her to be very secretive with her married life and ensure that none of it was on social media.

While crying, she said:

“I agree that putting everything out on social media caused my marriage to fail...This is honestly the last time in my history that I will ever put anything about my life on social media...Honestly, sometimes I feel like I have a connection with my followers because, in as much as I have followers, I’m always in my DM talking to my followers.”

Check Some Female Celebrities Who Decided To Put Some ‘Flesh’ On...