VIDEO: ‘We Have Suffered’ – Kofi Adomah Finally Reveals Why He Has Been Flaunting His Wife As He Confesses To Having Children With Multiple Women 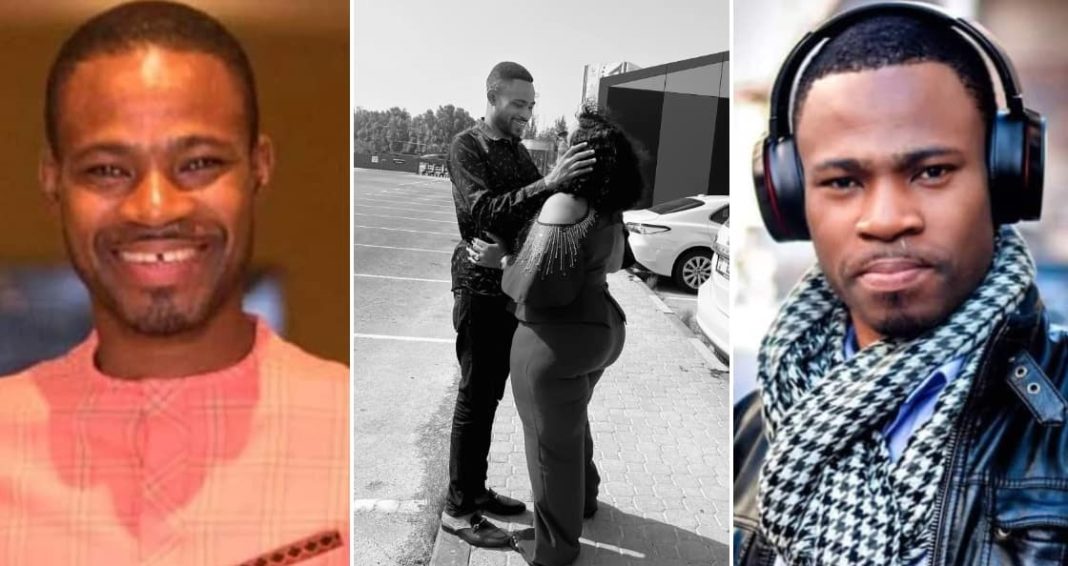 Award-winning Ghanaian journalist, Kofi Adomah has made some explosive revelations about his past on radio.

The Angel FM presenter while eulogizing his wife, Miracle Adomah for all the things she has done for her in the last nineteen years they have been together confessed to having children with multiple women.

Many people have constantly wondered why Kofi Adomah has been flaunting his wife on social media a lot in the last few months even though he mentions that they have been together for about nineteen years.

Well, in his confession on radio on Wednesday morning as he hosted the Angel FM breakfast show, Kofi Adomah finally answered all the people asking such questions.

READ ALSO: VIDEO: ‘I Used To Hawk Movies’ – Kyekyeku Finally Tells The Sad Story Of His Life Before Akabenezer Found Him

According to him, anytime he thinks about the things his wife, Miracle has done for him despite the pain he has caused her, he has nothing to do but flaunt her.

The Kofi TV CEO disclosed that his wife was the daughter of a military man who was helping him go through school back then.

Unfortunately for him, he impregnated his wife who is the only daughter of this military man after he was allowed into their home.

This, Kofi Adomah reveals angered the lady’s father who vowed that he will never allow him to marry his daughter.

READ ALSO: I Can’t Visit My Child In School Because Of Occultist Tag – Ajagurajah Sadly Discloses

Kofi Adomah added that this made him date other women and impregnate a few, including some in London.

He stressed that when he sits down to think and realizes that despite all these things, his wife, Miracle Adomah has still stuck with him and never walked away, he has no cause but the love her and flaunt her always.

Watch the full video below for more surprising revelations…

Don’t Let Any Sick Person Tell You To Hit The Street...