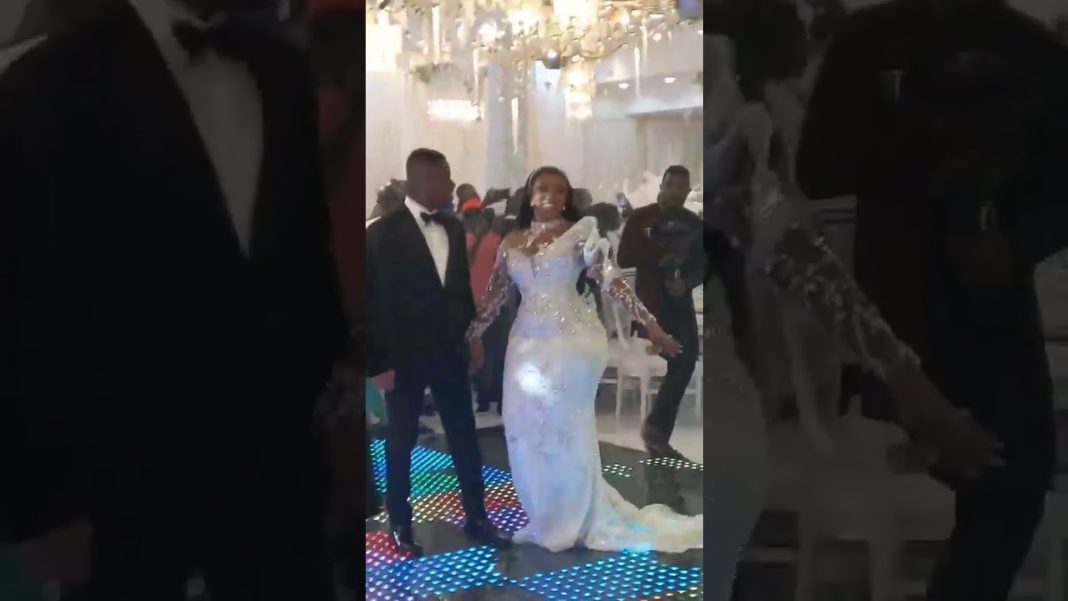 The eloquent politician exchanged his nuptial vows with his beautiful fiancée, Irene Amankwaa Karikari, at a ceremony that was strictly by invitation.

From the photos and video that surfaced online soon after the event, some of the notable guests that were at the ceremony included the NDC’s 2020 flagbearer, John Dramani Mahama, and his running mate, Professor Nana Jane Opoku Agyemang.

Also, the NDC’s newly elected National Chairman, Johnson Asiedu Nketia, and the immediate past Chairman, Samuel Ofosu-Ampofo were seen at the occasion.

READ ALSO: Kofi Kinaata Finally Reveals Why He Cancelled This Year’s Edition Of ‘Made In Taadi’

Well, after all the formal things were done earlier in the day, the newlyweds decided to end the day with a classy wedding dinner.

At the dinner, Sammy Gyamfi wore a nice suit while his newly-wedded wife also put on an exquisite white gown.

The couple also had their first dance together amid the cheers and shouts of the people who were invited to share in their joy.

Watch the videos from the wedding dinner below…

People Who Are Insulting Me Are Trash – NDC’s Sammy Gyamfi...