Why Are You Always Putting Your Problems On Other People? – Mother Of Funny Face’s Twins ‘Exposes’ Comedian In New Video (Watch) 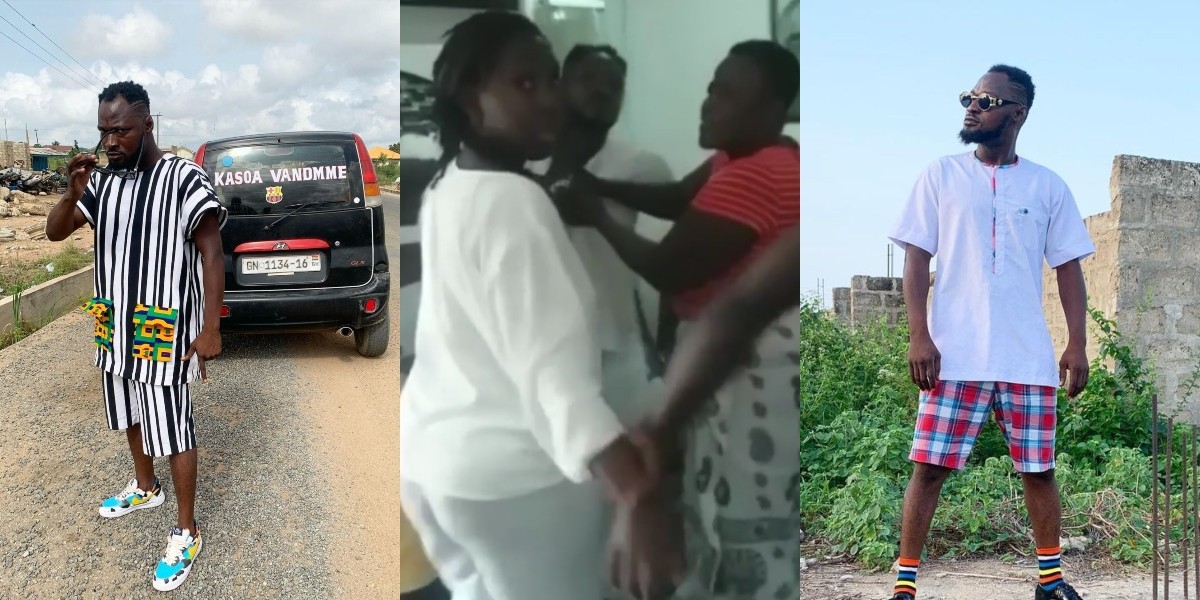 Vanessa, the mother of Funny Face’s twins, has accused the comedian of always trying to blame his problem on other people.

While speaking in a telephone conversation with her on Me Car Mu With Zionfelix, Vanessa indicated that Funny Face was not clear in his mind on the root cause of their issue.

Vanessa said that at one point, Funny Face blamed his marital issue on Kumawood star, Kwadwo Nkansah Lil Win, at one point too, he claimed he sacked her.

The mother of Ella and Bella said Funny Face said again that she had run away with the twins to Kumasi.

Now, Funny Face is blaming Maame Yeboah Aseidu for his marital predicaments, which to this, Vanessa claimed was not making any sense.

“Why do you keep blaming you problems on other people”, Vanessa was heard saying i the phone interview with Zionfelix.

Among many other things, Vanessa revealed that she was currently carrying the baby of Funny Face and she was already in her ninth month.

Vanessa said she is due to deliver in a few days.

The mother of Ella and Bella was reacting to issues that are coming up after Funny Face dropped some videos saying Vanessa maltreated him.