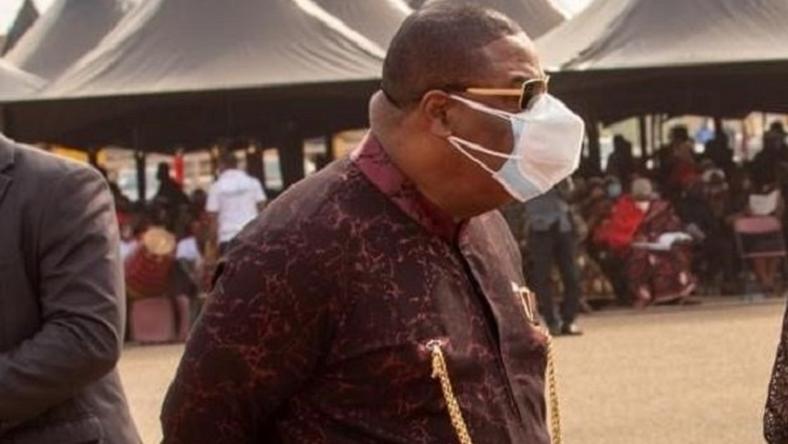 The Founder of Action Chapel International Archbishop Duncan Williams has broken his silence on why he was wearing two nose masks at Rawlings’s funeral last week.

At the just ended funeral held for the late Former President of the Republic of Ghana Flt. LT Jerry John Rawlings, the preacher was seen wearing two nose masks at the same time to the surprise of many. The photos have since gone viral on social media.

Preaching in his church on Sunday, Duncan Williams recounted how he was receiving calls from people who were enquiring about why he was wearing the two nose masks. Known for being a man of faith, some of the callers wanted to know if the act had any spiritual connotation.

The pastor however said his decision to wear two nose masks had nothing to do with God but he was just applying common sense as well respecting the President’s directive which demands all Ghanaians follow the COVID-19 protocols.

“Any atmosphere that is not prayer and Holy Ghost saturated, I will use my double mask and that has nothing to do with the faith, that just has to do with common sense,” he said to his congregation.

The respected preacher also used the opportunity to appeal to his congregants to apply common sense in protecting themselves against the virus.