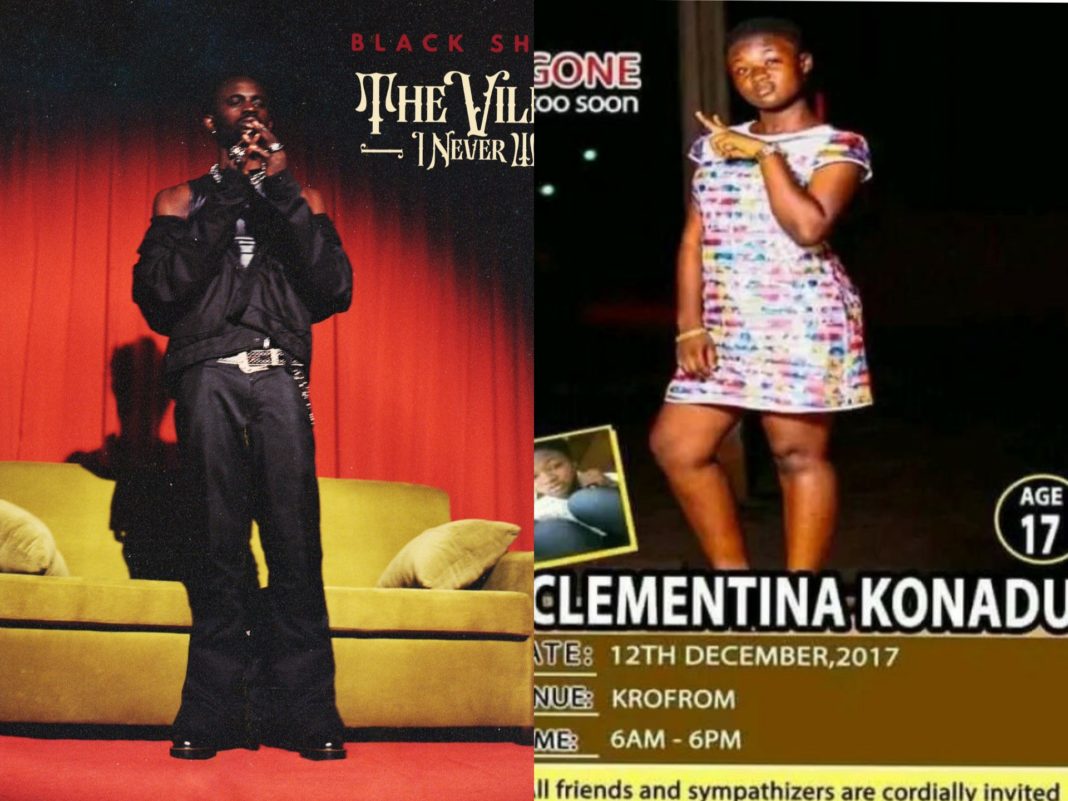 The 14-track album titled “The Villain I Never Was” was released at midnight yesterday on all streaming platforms.

The album catalogues Black Sherif’s trials and tribulations growing up as a young man and a rapper.

On one of the tracks on the album which he called ‘Oh Paradise’, Blacko narrated how she lost her his girlfriend who he wanted to spend his life with.

READ ALSO: Black Sherif Gets Fans All Over Him As He Storms The Streets Of Nima Ahead Of The Release Of His Debut Album – Watch Video

The song talks about his first love Clementina Konadu who died when she was just 17 years old in 2017.

According to the lyrics of the song, Clementina believed in Blacko when he was a poor boy with ‘no name’ and no money.

According to a netizen who threw more light on the song, the girl died when during an influenza outbreak in Kumasi Academy.

The netizen claimed that Blacko’s first love who he wished to share her wins with was one of the 13 students of the high school who died from the influenza in the space of seven months in 2017.

I Don’t Have A Girlfriend, I Don’t Drink Alcohol, I Don’t...