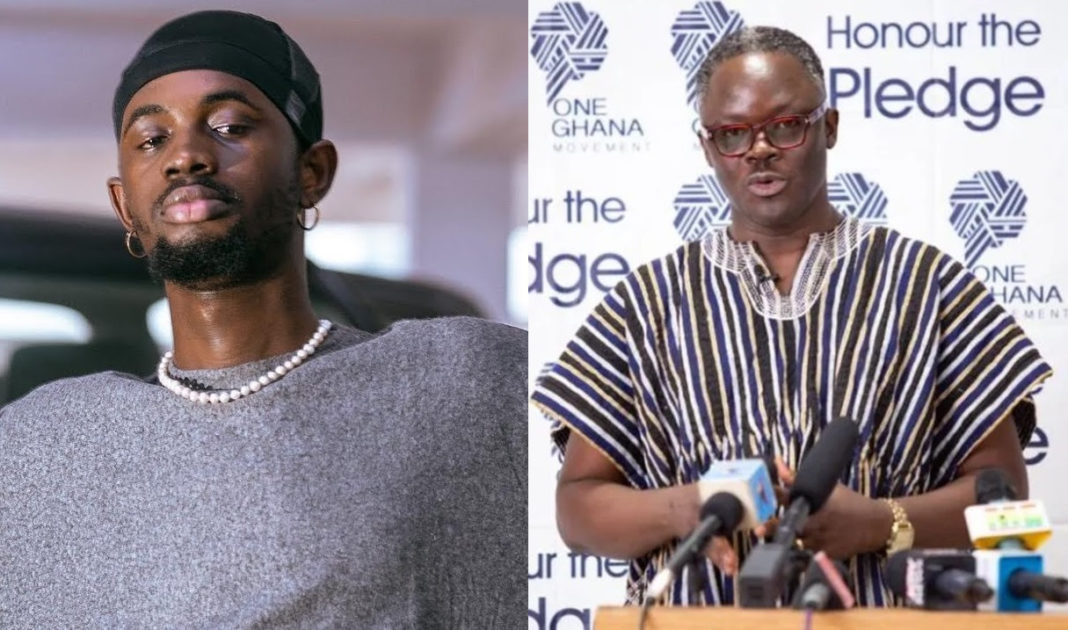 It came to light around noon on Tuesday, July 26, 2022, that the High Court (Commercial Division), presided over by Her Ladyship Justice Akua Sarpomaa Amoah (Mrs) dismissed an application for an injunction against Black Sherif that prevents him from performing his songs.

The injunction was filed by Shadrack Agyei Owusu on April 11, 2022, for breach of contract by the sensational young artist.

Shadrack Agyei Owusu in his legal suit was praying the court via his lawyers to grant him over GH¢ 1 million and other damages.

He also filed for an injunction to stop the musician from performing and exploiting his talent until the case is tried and judgment was given.

Mr. Agyei Owusu again asked for interim preservation and the appointment of a receiver to manager and account for proceeds from performances and streams of Black Sherif’s music – according to his lawyers at the time, if this was not done, the artist will squander the funds.

But the artiste’s lawyers led by Samson Lardy Anyenini argued against the motion after they had filed a defense and counterclaim for Black Sherif.

READ ALSO: Alleged Identity Of The ‘Mystery Papa No’ Tracey Boakye Is About To Marry Finally Revealed? – Watch Video

In the ruling on Tuesday, July 26, the judge held that Plaintiff had failed to make a good case for the injunction and related orders he seeks from the court and therefore dismissed it.

Following the dismissal, GhanaWeb.com spoke to Lawyer Samson Lardy Anyenini who disclosed that his client, Black Sherif was in a joyous mood after the injunction was dismissed.

READ ALSO: I Have No Intentions Of Marrying A Celebrity; I Don’t Want To Have A ‘Big Wedding’ – MzVee

Lawyer Samson Lardy Anyenini is reported to have said: “How would you feel? You have a problem with your ex-manager and the court says you will not be stopped,” when he was asked about the mood of his client after the decision.

“I just do my job. I got contacted to work on the case and I took it up. I have been building the case for a while now,” he is reported to have added.

Quotes in this article were culled from GhanaWeb.com