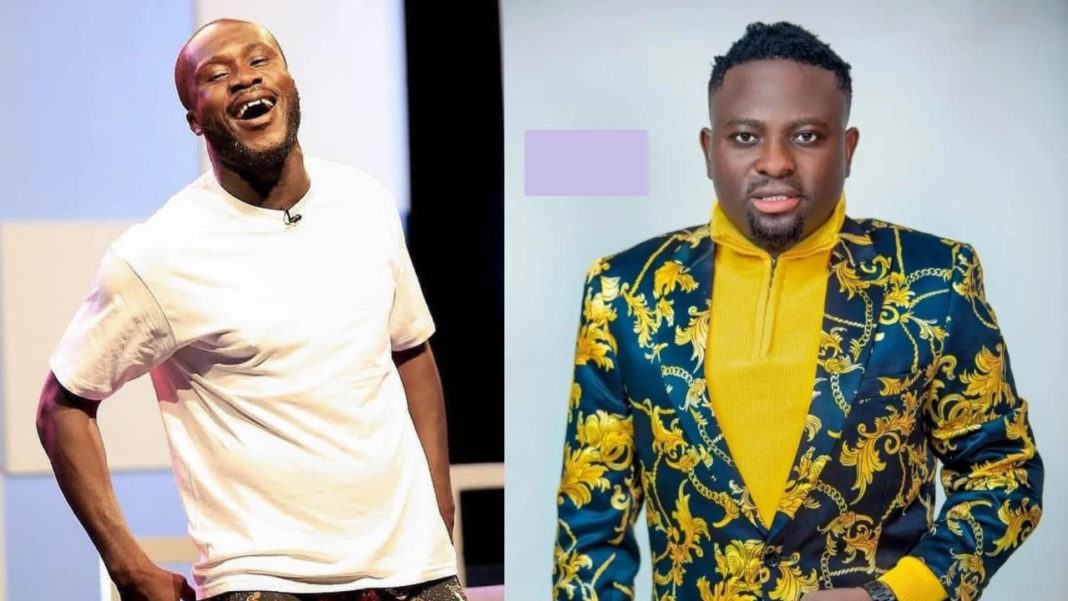 Dr. Likee made this shocking revelation during an exclusive interview with Delay where he also talked a lot about his personal life.

As disclosed by Dr. Likee, Brother Sammy is his half-brother because they both share the same biological father.

“I had a young sister, before an even younger brother. At the time my father’s son was Brother Sammy,”

“Brother Sammy is my half-brother from my father’s side,”

“I’ve kept it a secret. This is the first time I’m unveiling it to the public

This is the first time the skit maker is revealing this detail about his life growing up in Tafo Zongo, Kumasi.

Social media users still can’t believe this revelation from Dr. Likee because no one ever assumed the two stars could be related citing that they both share different personalities.

READ ALSO: Fashion critic Charlie Dior confesses that he likes m@sturbating, addresses reports of being g@y and drops a tall list of all the celebrities who have blocked him

It was in the middle of this particular interview that Dr. Likee revealed that he started smoking cigarettes when he was only 8 years old and weed when he was 16 because of bad company.

“I worked at a bar when I was young. Sometimes when people come to the bar and they are done smoking, I pick the last piece from the ground and hide to smoke it. That was how it all started.

Later I meet another stubborn kid who was just like me, he introduced me to weed smoking. Dr Likee (Ras Nene) disclosed to Delay.
.
“My mother warned and advised me to quit smoking on several occasions but I never paid heed to her,” he added.

“I became stubborn because I was earning some money from my scraps trade and the smoking habit made things worse.

My mother would sit me down severally to advise me but I wouldn’t listen and gradually I was introduced to wee by a friend,”

READ ALSO: VIDEO: I love you and you’ll give me all of your properties when you taste my thing – Dr Likee proposes to Delay

The Man Of The Moment, Ras Nene Blesses Shatta Wale As...