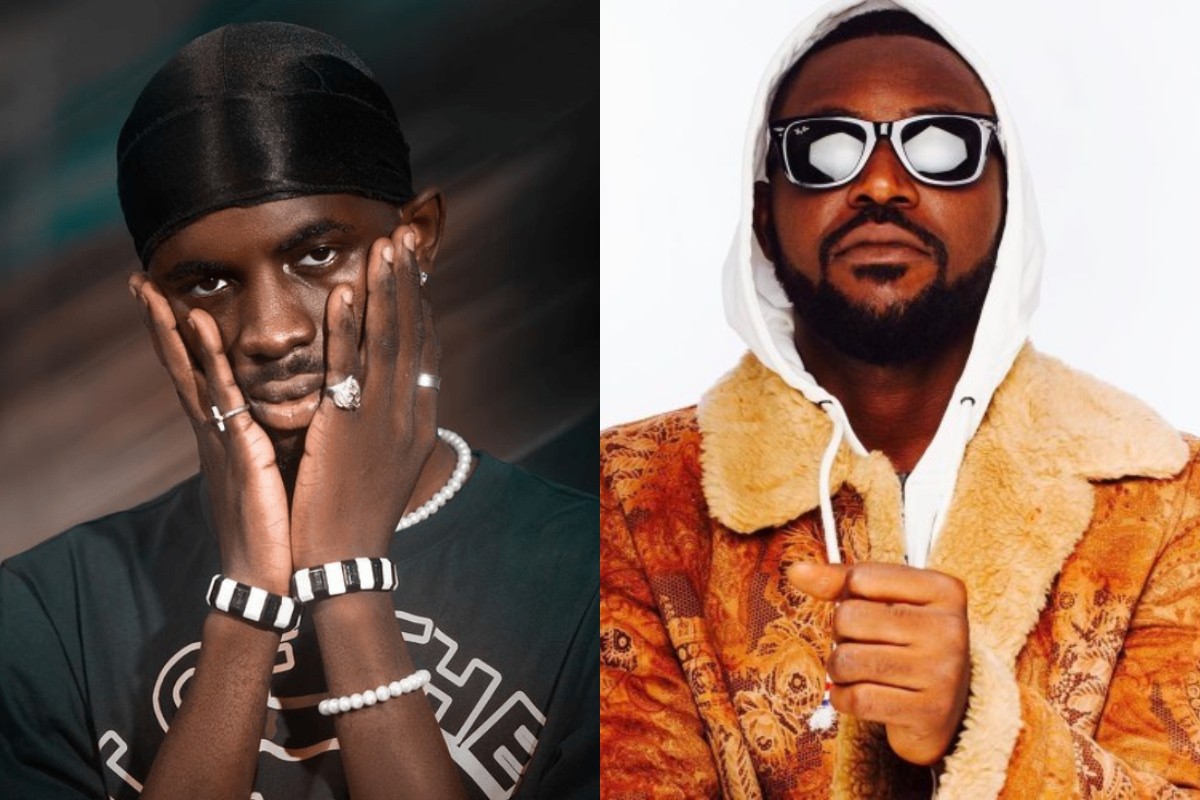 When he made an appearance on Hitz FM’s ‘Daybreak Hitz’ entertainment review show, the newest sensation in the Ghanaian music space, Black Sherif aka King Blacko decided to give a special mention to the people who helped him to get to where he is now.

The ‘Second Sermon’ hitmaker mentioned the names of popular rapper, Yaa Pono and comedian/comic singer Ajeezay as the two people who helped him in the initial stages no one knew him.

READ ALSO: Watch Video Of Black Sherif’s Hilarious Reaction To Comments That He Stole His ‘Blacko’ Name From Koo Ntakra

When he was hosted by Andy Dosty on Friday morning, the man of the moment said “2019 June I started professionally, I dropped my first freestyle ‘Cry For Me’ and it went viral in my hometown, Asante Akyem Agogo…”

Black Sherif added that “Ajeezay saw the video to my freestyle and he reposted it and he said Yaa Pono said we should come and see him in Accra, so Ajeezay brought me to Accra and we went … He took me to Adom FM, my very first interview on a radio station was Adom FM, so I did some freestyle there and that also trended small, so after Adom FM, he took me to Yaa Pono’s house and Pono made Underbeatz record my ‘Cry For Me’ freestyle...”

READ ALSO: Ghanaian MP, Sam George Goes Savagery On Sister Derby And Kwadwo Sheldon As He Reacts To Their Attacks On Him Over ‘G@y’ Issues

After sighing this video, Yaa Pono shared the video on his wall and asked for Jah’s blessings on the life of Black Sherif for being grateful.

Share
Facebook
Twitter
Pinterest
WhatsApp
Previous articleGhanaian MP, Sam George Goes Savagery On Sister Derby And Kwadwo Sheldon As He Reacts To Their Attacks On Him Over ‘G@y’ Issues
Next articleGyakie Opens Up On Her Reason For Not Dating
- Advertisement -