Daddy Lumba is a god, he’s the most spiritually fortified musician in Ghana – Eagle prophet drops deep secrets about the Highlife legend 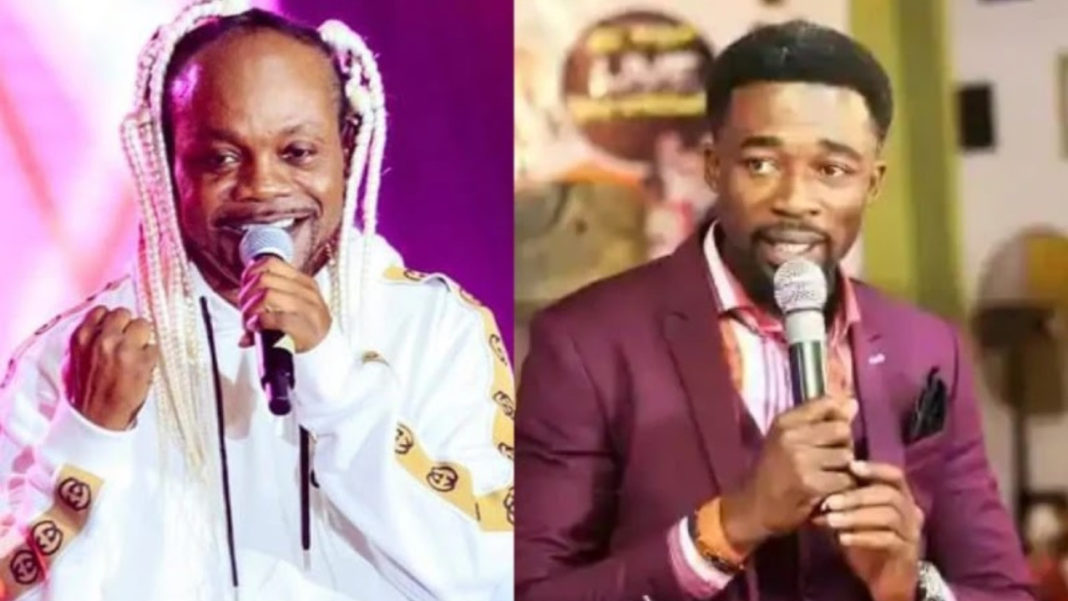 According to Eagle Prophet, Ghanaian highlife virtuoso, Daddy Lumba is a god living amongst humans hence he should be treated with outmost respect and admiration.

As claimed by the Founder of God’s Crown Chapel Eagle Prophet Daddy Lumba’s over 30 years relevance in the music industry as a result of his god status.

READ ALSO: I’ve being on radio for 25 years now but I own only 1 house and 2 cars – Kwame Adinkra ‘sadly’ reveals

Eagle prophet also attributed Daddy Lumba’s superb writing skills and spectacular voice to the higher being which lives within him making his superior than normal human beings.

As argued by the man of God, the legendary musician, Daddy Lumba cannot be compared to any musician and is also greater than most musicians because aside from being a god, he also has the protection of his mother backing him.

Speaking in an exclusive interview on Kumasi based Angel FM with Ike The Unpredictable – Eagle prophet is reported to have said;

“Lumba is a god. He is a kind god in the higher spiritual realm otherwise he would have been killed long ago“

“The strongest of all among them is Charles Kwawdo Fosu. There is nobody like him. You can’t fight him“

“When you get a good mother who keeps you on her lap and supports you with her spirit, your shine comes very faster. So Lumba’s mother supported him with both her strength and good spirit“

Daddy Lumba has paid his dues in the music industry and deserves any accolade he receives.

READ ALSO: Twene Jonas exposed and disgraced for posing with someone’s $8 million Lamborghini and bragging to be owner

SourceZionfelix.net
Share
Facebook
Twitter
Pinterest
WhatsApp
Previous article
I have been on radio for 25 years now but I own 1 house and 2 cars – Kwame Adinkra ‘sadly’ reveals
Next article
‘I slept with married men and also m@sturbated for 6 years’ – Singer Iona confesses
- Advertisement -

There’s A Demonic Attack Against Lydia Forson, Pray Else You Will...