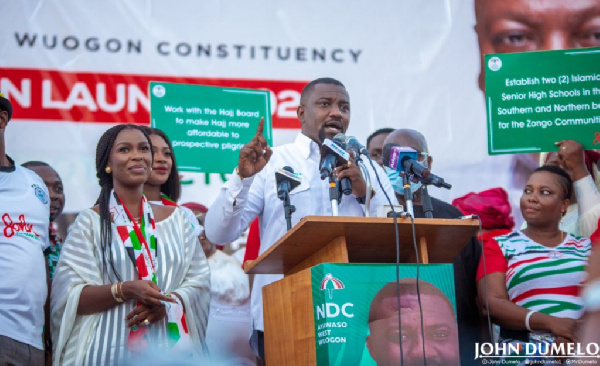 Popular Ghanaian actor and entrepreneur, John Setor Dumelo has lost to the incumbent MP of the Ayawaso West Wuogon constituency, Lydia Seyram Alhassan in the 2020 general elections which came off on December 7.

According to the Electoral Commission (EC), Madam Alhassan, who contested the parliamentary seat on the ticket of the governing New Patriotic Party (NPP) won with 39,851 votes.

While this is some sad news for folks in the entertainment industry who were rooting for John Dumelo’s win, I guess he will be happy for putting up such a good fight in a constituency which is hugely known to be for the NPP.

It should be noted that in 2019, the incumbent Lydia Seyram Alhassan won the Ayawaso West by-election with 68.80% of the valid votes cast while the other candidates, Kwasi Delali Brempong of the opposition National Democratic Congress (NDC) polled 30.52%, William Kofi Dowokpor of the Progressive People’s Party (PPP) and Clement Boadi of the Liberal Party of Ghana (LPG) polled 0.58 and 0.10 percent respectively.