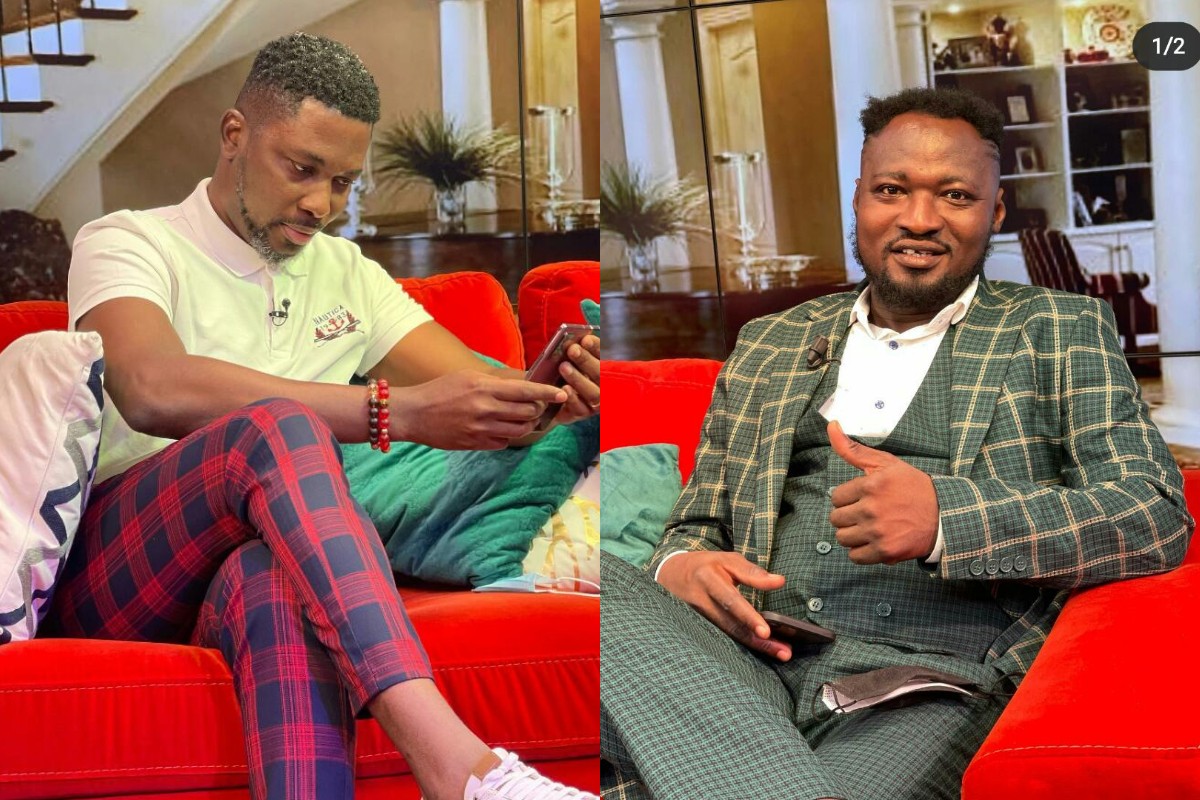 According to A Plus, all the things Funny Face has done and might continue to do when he is finally released from the physiatric home he is currently are intention and has nothing to do with him being mad.

READC ALSO: Amerado Finally Gets The Chance To Be C0zy With Delay After She Bounced Him During A Recent Interview – Watch Video

Speaking on UTV’s ‘United Showbiz’ show, A Plus asked the panelist whether any of them was insulted by Funny Face when he recently recorded a video to put on blast respected people like Fadda Dickson, Bola Ray, and Adebayor.

After all the panelists answered in the negative, A Plus added that it was because none of them has given him money before. However, in the case of Fadda Dickson and co, the ‘Kasoa Trotro’ show creator found it prudent to insult them because for some time now, he has not been getting the financial help they use to give him.

READ ALSO: Mikki Osei Berko Discloses How Much He Was Paid For Being A Character In ‘Taxi Driver’ Series

He also asked the question of how it was possible that Funny Face is able to recollect all the things he does when he supposedly gets a relapse and begins to apologize to the people he hurt with the utterances he made in that people.

A Plus ended by stating that most of the time, Ghanaians tend to encourage people who are misbehaving by finding excuses for the despicable things such people do and that is the exact thing that is happening in the case of Funny Face and the claims that he is supposed mad.