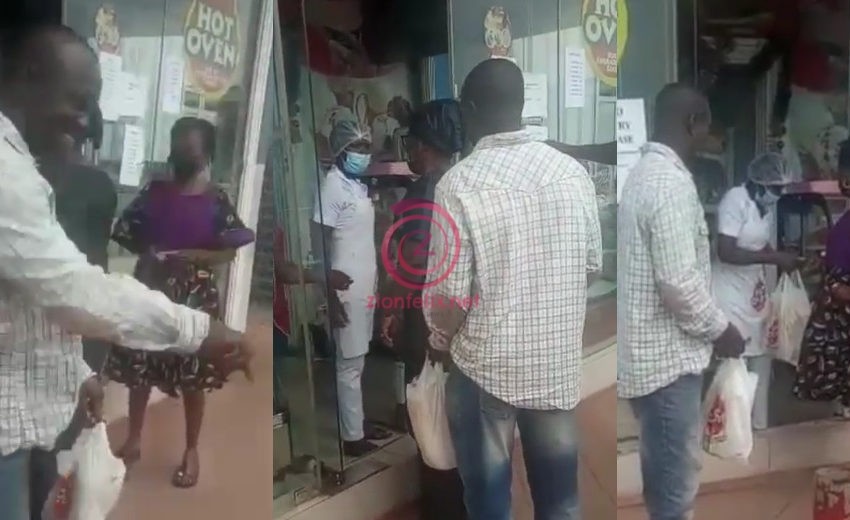 One customer of the popular bread brand, Hot Oven had a go with some of the sellers in a hilarious video that has surfaced online because he did not understand the addition of Gh1 to the price of the bread.

The man who claims he recently bought one of the bread for Gh6 could not accept the fact that the price has surprisingly moved to Ghc7 now.

In the hilarious video available to zionfelix.net, he was heard expressing shock that the company has increased the price of bread on two separate occasions just this year.

He was later heard asking some gentlemen who were standing there to come and plead with the sellers to give him his Gh1 today so that from tomorrow he prepares to buy it at the new price of Ghc7.

Well, this plea fell on death ears as the gentlemen also cited the recent constant increase in fuel prices as a possible reason for the move by the company and in the end, this frustrated buyer walked him with a lot of pain in his heart.