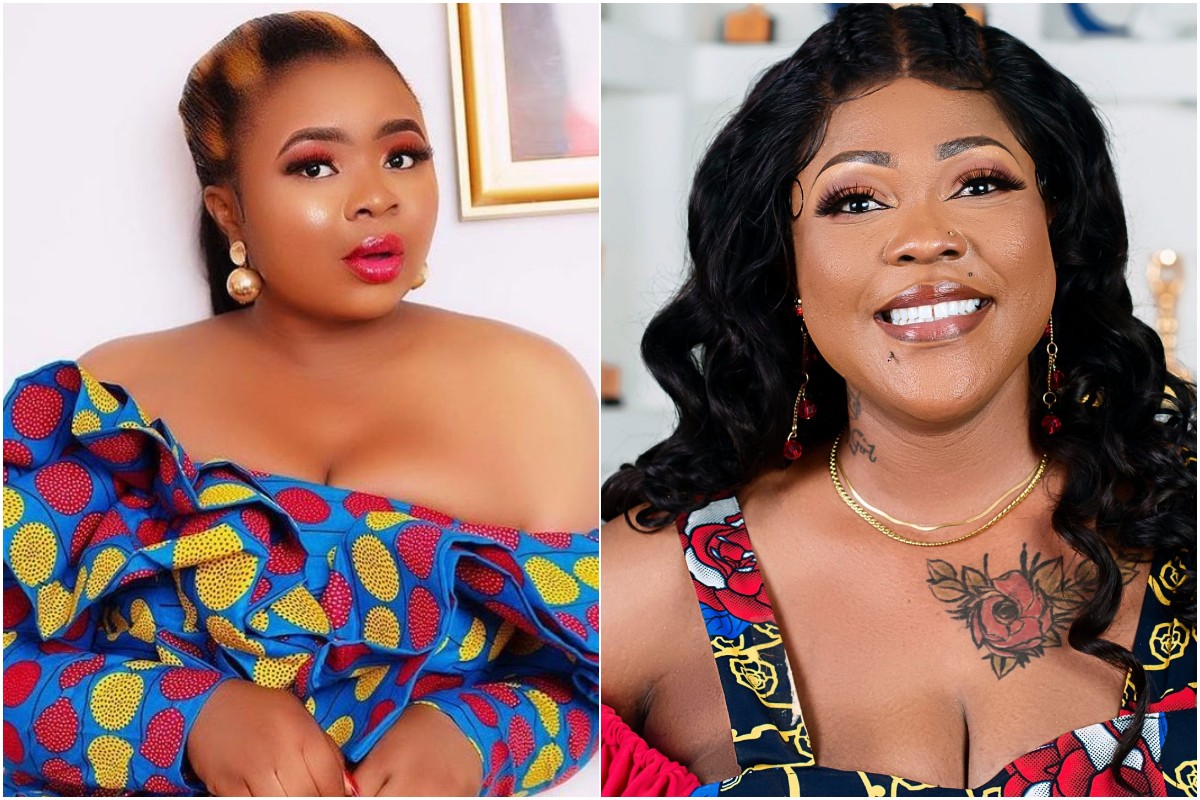 According to Adu Safowah in some posts, she shared on her IG page earlier this morning, Mona Gucci decided to throw their friendship to the dogs and supposedly stab her in the back by masterminded her arrest.

Adu Safowah added that she was also hurt because Mona Gucci faked concern for her and visited her when she was in the grips of the police to encourage her while in actual fact she was carrying out her wicked agenda.

Well, Mona Gucci has finally decided to come out and also have her say. The “Biribi Gyegye Wo” show host in a counter post on her Instagram page accused Adu Safowah of selling their friendship for money because she is hungry.

She also stressed that her loyalty is not for sale in the post which was captioned: “Ammbaaaannnnnzaaaa 🤣🤣😂 the things food n money can—do herhhhh… I sit n eat,laugh n even bath with snakes,scorpions n other reptiles…am comfortable with them cuz I CREATED THEM….u can’t beat ur creator…..”

Who’s Mona Gucci? What Does She Sell? I Don’t Have Time...