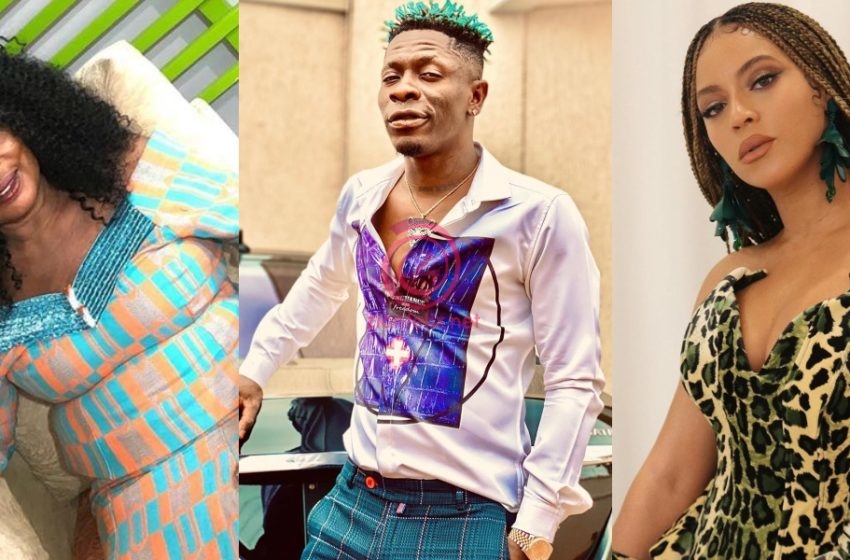 In a video making rounds on social media, the actress stated how proud she was of Shatta for raising the flag of Ghana high on his feature in Beyoncé’s “Already” music video.

Speaking in an interview on Peace FM’ Entertainment Review, the veteran actress said she was proud and elated over Shatta Wale’s feat.

“I’m very proud of him. Look at how he started and how far he’s gone. The whole Ghana is proud of you,” she said.

According to her, she was part of the people who brought up and trained Shatta Wale as a kid. She went on to urge the Ayoo hitmaker not to stop there.

“Shatta go on, don’t stop there o, go on until we can’t have you again”.

Maame Dokono revealed that Shatta Wale was part of the then-popular TV show ‘By The Fireside which she hosted.

Obviously, Shatta Wale is the most popular person in Ghana at the moment following his latest international collaboration.

Many congratulatory messages from well wishers have gone the way of the dancehall star following his feature in Beyoncé’s music video.