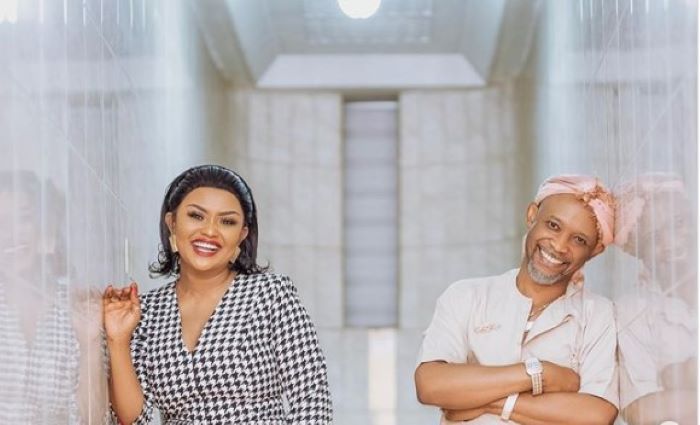 Ghana’s famous characters, Fadda Dickson and Nana Ama McBrown have been captured in some photos with their smiles lighting up the photographs.

Nana Ama Mcbrown, prestigious actress and TV Presenter has won the hearts of numerous with her ability of acting and presenting which has consistently put smiles on individuals’ faces.

Fadda Dickson is the Managing Director of Despite Media. He is an exceptionally respected personality in the Ghanaian media and has been tagged as the #mediagod.

However, he shared these photos on his Instagram page as he wrote, “Say cheese..” beneath the post.

They were both caught in some superstar photographs which has many excited because of their irresistible smiles in the photographs.

It Is Nonsen.se – Bulldog Fires As He Reacts To Reports...