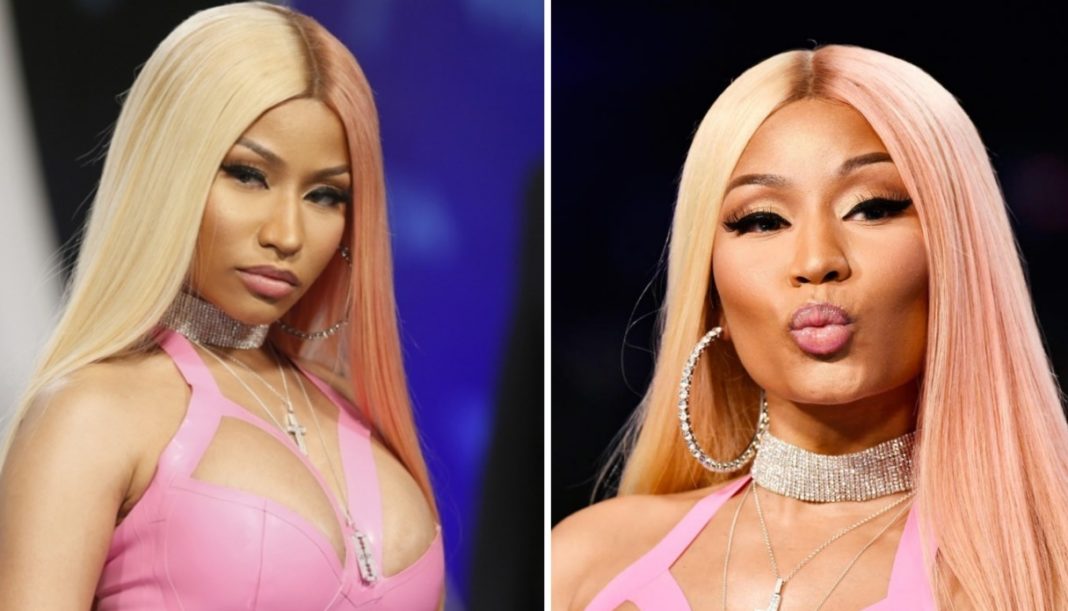 The MTV Video Music Awards winner revealed this in an Instagram live session while she was speaking about the Grammy Awards.

Her revelation came out of the blue when one fan who was watching the live video asked her when she was coming to Ghana.

In a quick response to the question, the ‘Super Freaky Girl’ hitmaker said: ‘…I actually maybe doing something major, a business type of situation, with an artist from Ghana very soon.’

Her response has stirred a lot of reactions on social media so far because a lot of Ghanaians who have seen the video have started to speculate the name of the said artist.

Not long ago, Nicki expressed some interest in signing talented Ghanaian songstress, Nana Fofie after listening to the singer’s cover of Runtown’s ‘Mad Over You’ song.

At the time, she took to Instagram to write: “GHANA STAND UP!!!! #megatronchallenge This is my baby @nanafofiee. I always talk about her on Queen Radio. You can thank me later. She’s not a rapper. She’s a singer/songwriter & I can’t wait for her to be apart or my label. Her song Odo is I played her “mad over you mashup” on my ig while I was on vacation in Turks. Me & Bae LOVEEEEE HER MUSIC. She opened for me in Europe as well.”