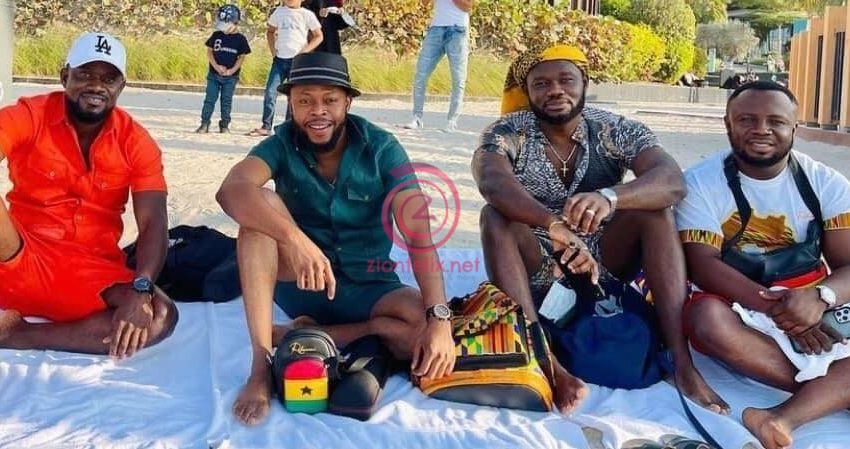 President Akufo-Addo is being sworn in today, January 7, 2020, as he gets ready to serve his second time as President of the Republic of Ghana.

The ceremony which is currently taking place at the parliament house of Ghana has seen a lot of dignitaries, including presidents from other African countries and former president of Ghana, John Agyekum Kuffour in attendance.

From the entertainment front in Ghana, the likes of actors Kalybos, Prince David Osei, Jeneral Nta Tia, And Bismark The Joke, who have been recently named ‘NPP boys’ have been spotted at the ceremony.

A photo of the four paddies who massively campaigned against their colleagues John Dumelo at the Ayawaso West Wuogon Constituency neatly dressed in their suits has surfaced from the event.

In the photo available to zionfelix.net, the talented actors were seen standing at the forecourt of the parliament house as they posed for the cameras before they got into the auditorium for the ceremony.