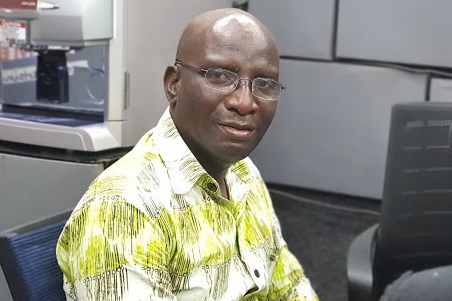 After over thirty years of giving movie lovers something to watch and talk about, popular movie producer, Socrate Safo has announced that he is calling it quits.

He made the announcement on his Facebook page a few hours ago.

As he announced his decision to retire from actively producing movies, Socrate Safo also dropped another interesting revelation.

The Chairman of the Film Classification Committee (FCC) revealed that as his sign-out gift to all the people who have enjoyed his movie over the years, he was dropping one last film titled ‘TUN-TUM’ for them.

The astute filmmaker added that it was this story that ignited his quest to make movies.

His post sighted by zionfelix.net reads: “Over Thirty years of romance with Scripts, Cameras, Screens… I finally “bow out” with #TUNTUM the Story that ignited my quest to make Movies as my last Kiss and a Gift to Africa. It’s a WRAP! Thank you all. #Tuntum“

READ ALSO: Akuapem Poloo Has Created A Picture As If I Don’t Exist – Baby Daddy Speaks

In the last thirty years, Socrate Safo has produced movies that people described as soft p0rn because of the highly sexual scenes.

His movies like Hot Fork, Love and Sex, Sexy Angel among others have stirred controversy over the years.