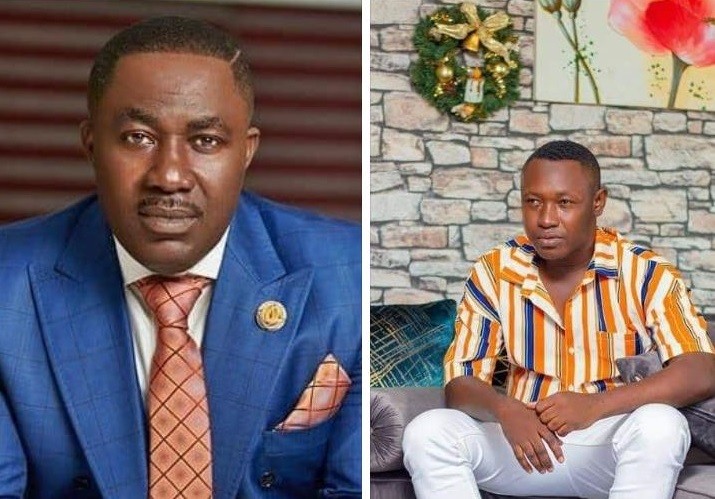 One Kasapreko TV on Facebook has stirred some controversy with a post they shared on their Facebook timeline earlier today when the promoter, Sadick Assah aka Sleeky, who happens to be the boss of Sleeky Promotions dropped some photos to celebrate his birthday.

READ ALSO: Watch The Funny Video of Archipalago Roaming The Streets In Search Of Twene Jonas

Well, the caption they gave the photo has caught some fire making a lot of social media users drop funny reactions to it.

Even though zionfelix.net can report authoritatively that there is no known relationship that exists between Osei Kwame Despite and Sleeky, a careful look at the photo of the two will make one conclude that there is some resemblance.

Anyway, check out the photos below and tell us what you also think in the comment section

Kennedy Osei & Tracy Lit The Gram With Beautiful Photo From...