Patrons and fans at Fuse ODG’s Tinafest were having a great time when all of a sudden the stage caved in and left one person seriously injured and several others with minor injuries.

A report zionfelix.net has sighted from blogger Sammy Kay states that this unfortunate disaster happened just after Article Wan was done performing and Fuse ODG had introduced Kwesi Arthur.

The report adds that the metal joints which held the giant stage also fell on musician Article Wan’s brother who is the one in critical condition.

It is quite sad that this happened on the final day of such a great program.

READ ALSO: Mzbel ‘Blows Cover’ Of Prophets Nigel Gaisie; Alleges 70% Of His Prophesies Are From A Popular Mallam In Ghana + More – Read

The Tinafest is an annual event organized by UK-based Ghanaian Afrobeats artiste, FUSE ODG. It is to reunite the African Diaspora by creating a platform for Africans both at home and abroad to come together and appreciate the uniqueness of Africa through music. 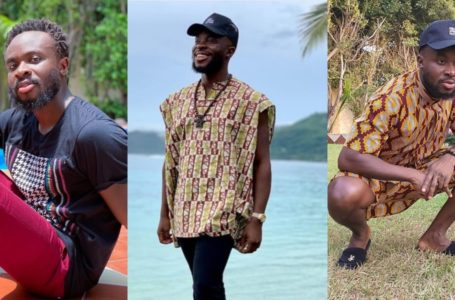 Lilwin Drops Visuals For ‘How Dare You’...