VIDEO: Nana Top Kay f!res Big Akwes; Describes him as a curse and reveals all the dirty secrets about him 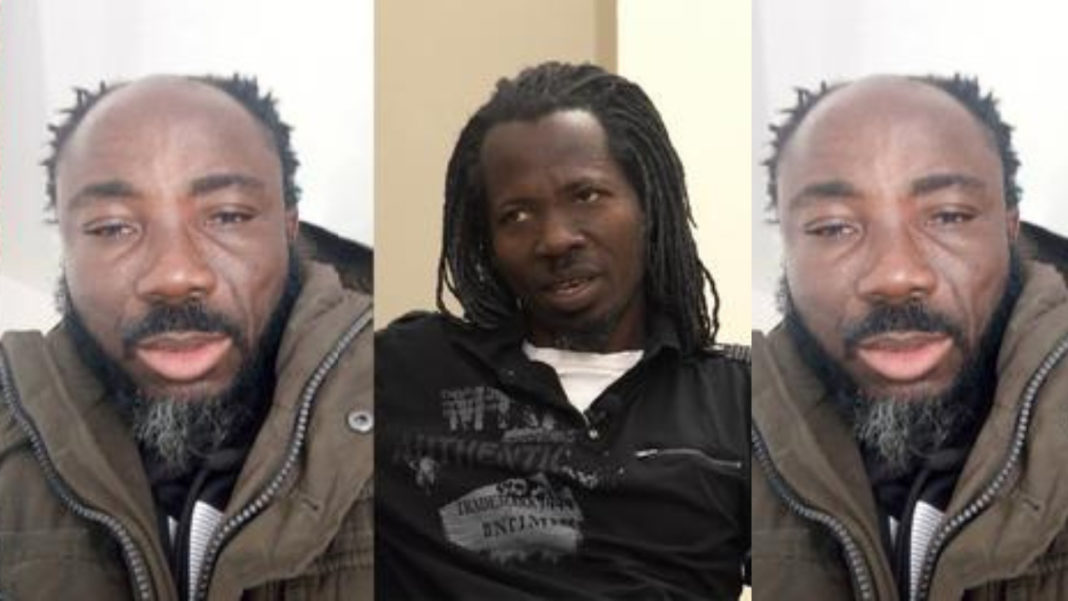 For about two weeks now, Big Akwes has been trending on the internet on a negative note following his sika duro allegations against Frank Naro.

According to Big Akwes in a series f videos he shared on the internet – The comic actor wildly alleged that Frank Naro’s end-of-year party was a plot to use some selected Kumawood stars for sika duro.

Vociferous Big Akwes claimed that he was given this exclusive information by his spiritual father who warned him to not attend the party.

She refuted all the allegations Big Akwes leveled against his brother and also gave him a stern warning to keep their family name out of his mouth.

READ ALSO: Gyakie finally reacts to Kalybos’ marriage proposal to her; Spills it all in latest interview

Big Akwes later stormed the internet once again with eggs and schnapps and threatened to curse Frank Naro to death if he dares come out to deny not trying to use some Kumawood stars for Sika duro.

It is at the back of this that Nana Top Kay has shared his two cents about the whole issue.

Speaking in an exclusive interview with Zionfelix, Nana Top Kay admonished Big Akwes for refusing to act his age.

As suggested by him, even if Frank Naro had an ulterior motive behind his birthday party, he should have called him behind the scenes to advise the young actor.

He described Big Akwes as a senseless old man who is cursed beyond redemption.

He also exposed how Big Akwes move from one juju man to the other all because of fame.

Share
Facebook
Twitter
Pinterest
WhatsApp
Previous article
“I’m planning to give birth to twins this year” – Yvonne Nelson reveals
Next article
Bulldog Narrates How Appietus And 5Five’s Issue Started, Stresses A Condition Which Can Lead To Resolving It (Video)
- Advertisement -