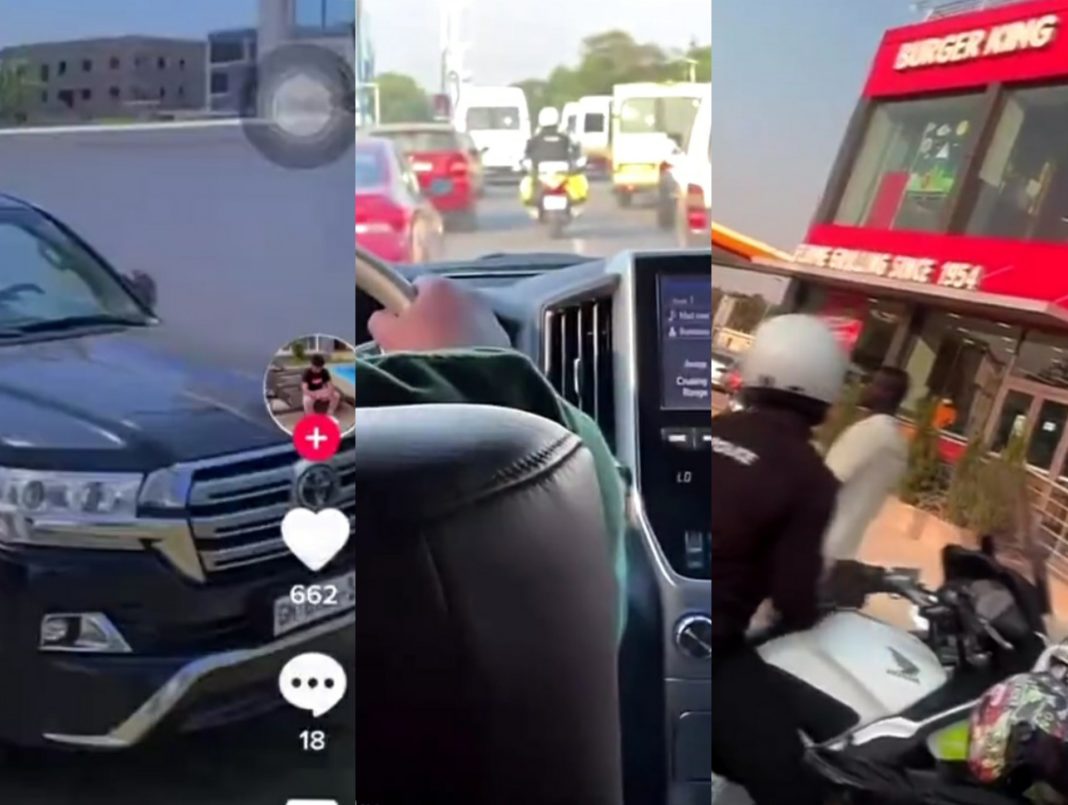 Impunity seems to be the norm of the day in Ghana lately.

Shockingly, this is no more limited to the political class.

Now ordinary Ghanaians who have the fiancial muscles have taken the impunity to another level.

For a country with a poor road infrastructure like Ghana where even ambulances suffer to get access during emergencies, one would have thought police escorts will be allocated prudently and not sold to the highest bidder.

Unfortunately, that has not been the case and this has been corroborated by a viral video on twitter which have since sparked anger.

In the video, an opulent Toyota V8 Land Cruiser driver and his passenger filmed themselves cruising in the hear of Accra with a police escort paving way for them just to go and buy Burger King.

Their flamboyant lifestyle has since sparked anger on social media.

“I am angry at this video,” one Twitter user wrote.

Knowing Nana Addo Through & Through