Yes, I’m Copying McBrown’s Style Of Promoting Her Daughter And So What? – Tracey Boakye Questions Critics 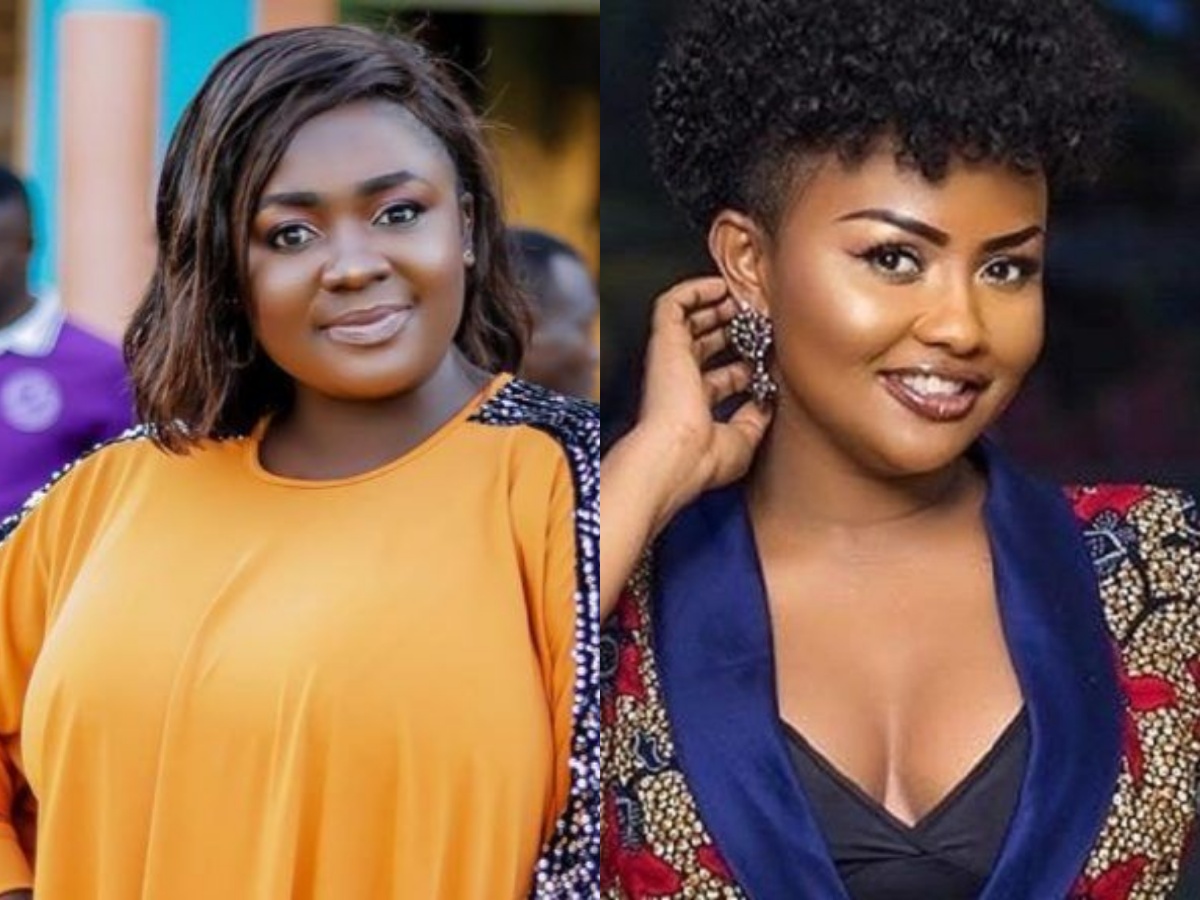 Ghanaian actress and producer, Tracey Boakye has responded to criticisms about her copying Nana Ama McBrown.

Some people have been questioning why she is copying how Nana Ama is promoting her daughter, Maxin Mawusi Mensah.

But in a chat with Zion Felix, the ‘Baby Mama’ producer said there is nothing wrong for her to copy from the actress and television presenter.

Tracey Boakye indicated that Nana Ama McBrown is her role model and she won’t be ashamed to copy or learn anything from her.

She admitted that she is copying the style of the popular actress—and she is proud to copy her.

READ ALSO: Akuapem Poloo Is A Disgrace To All Women And Needs To Be Punished Severely – Actress’ Baby Daddy Speaks

Tracey Boakye revealed she has been looking up to Nana Ama McBrown for a long time. According to her, Nana Ama was the next person she called after she spoke with the father of her daughter, Nana Akua Nhyira on phone.

She described her mother and senior colleague, Nana Ama McBrown as a lovely person.

The outspoken actress further told her critics to give her a break.