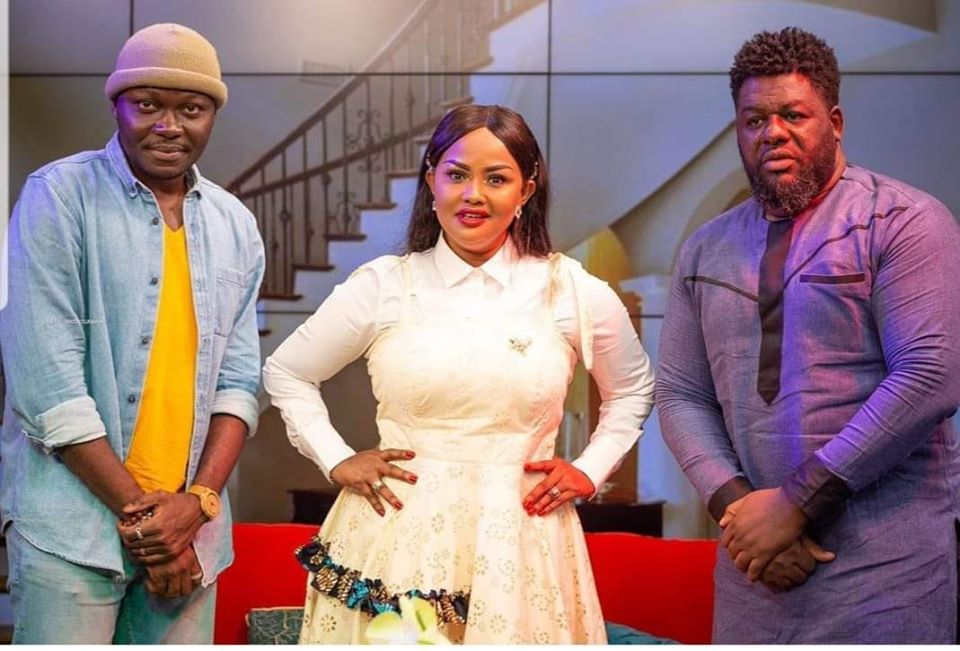 Journalist and experienced entertainment pundit, Arnold Asamoah-Baidoo, has taken a swipe at Bulldog over the latter’s issues with Stonebwoy for disrespecting artiste managers.

Arnold Asamoah-Baidoo took to his social media handle to call out Bulldog out for always ‘shutting him up’ when issues of artiste management were being discussed.

The popular pundit cited an example of a time when Bulldog and Bullet literally pushed him aside during an episode of UTV’s United Showbiz which was being hosted by actress Nana Ama McBrown.

A rather disappointed Arnold Asamoah-Baidoo indicated that even though many journalists and pundits did not have ‘certificates in artiste management, they had garnered enough experience through observation and research to be able to contribute meaningfully to the topic.

Excerpts of Arnold Asamoah-Baidoo’s Facebook post read: “Just few weeks ago on the show (United Showbiz), you and Bullet almost shut me down, telling me I had no right to speak on the matter, because, according to you, I had no experience in managing any artiste.

You see, my boss, at that moment and all the moments you questioned my positioning to speak on such related matters, you didnt show me and all other journalists the needed respect.

You failed to acknowledge the fact that, as journalists in this trade and as pundits of many years in this same business, we have attained some stripes to be able to give valuable contributions to issues concerning our space.

We may not also have ‘certificates’ in Artiste Management, but at least, we have learnt, monitored and researched enough to know what is appropriate or otherwise in this space.”

Zionfelix.net earlier reported that Bulldog, known in real life as Lawrence Nana Asiamah-Hanson, tore award-winning dancehall act Stonebwoy to shreds for what he (Bulldog) believed was his disrespect for artiste managers.

Portions of Bulldog’s post read: “Talent management is a labour of love. Their efforts don’t generate into streams or laurels for themselves so their contribution to the grandiose victory is easily overlooked. Talent Managers aren’t celebrated in this country because their tale of toil don’t get told.

I am a CERTIFIED TALENT MANAGER without a certificate. God bless the entertainment space and all stakeholders.”

Wendy Shay Is Confused And Seriously Needs The Help Of...