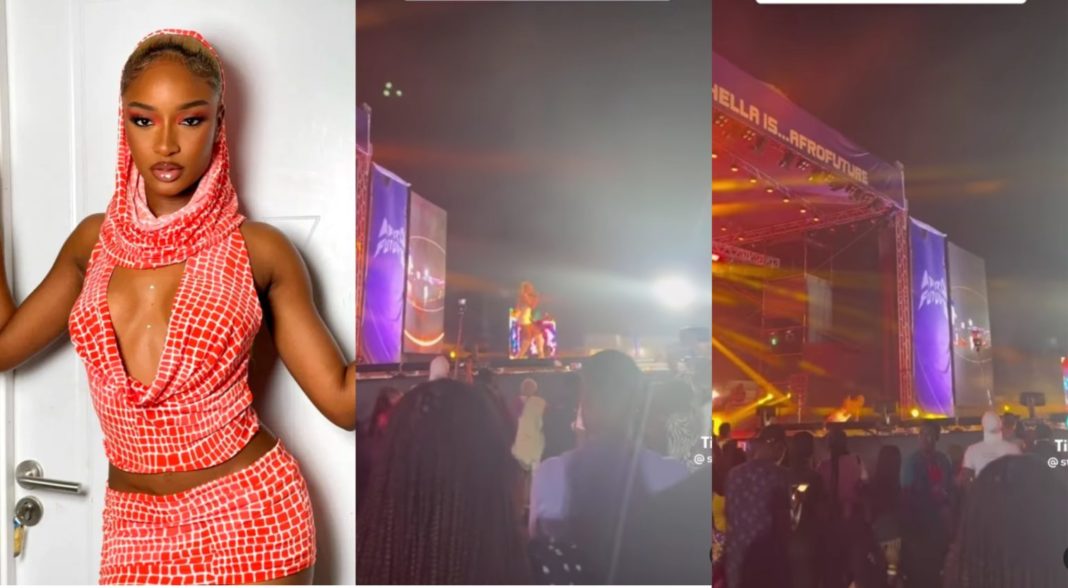 Award-winning Nigerian musician, Ayra Starr, has called out the organizers of the 2022 Afrochella Festival in Ghana following her unexpected fall on stage.

The talented songstress, who was scheduled to perform on the first day of the festival at the El Wak Stadium in Accra, gave an excellent performance.

Even though she gave music lovers a spectacular show, the musician who is known in private life as Oyinkansola Sarah Aderibigbe faced a little stage mishap that appeared to be no fault of hers.

During her performance, Ayra Starr tried to make a quick run on the stage and unfortunately, she fell heavily.

The “Rush” composed herself quickly and continued her performance, however, after the show, she has taken to social media to call out the organizers because, in her opinion, that fall could have been prevented.

In her tweet, Ayra Starr advised the organizers of Afrochella to get the stage cleaned after every performance to prevent a repetition of what happened.

She wrote; “Afrochella next time y’all should clean your stage after every artist performance, that fall was very unnecessary and painful”.

The Lies Of Asakaa Boys Exposed By Founders Of Afrochella With...