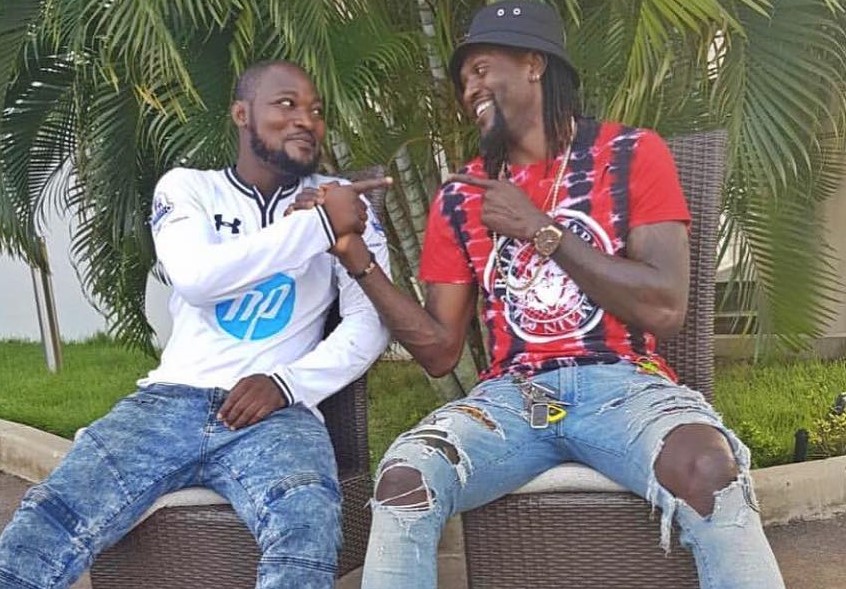 Funny Face took to his IG account to announce the reunion and indicated that he was elated that calm had been restored.

The Kasoa Trotro star shared the Instagram Story of Adebayor in which he declared that he had ended his beef with the comedian.

Adebayor’s post read: “I promise you one thing is to be there for you no matter what that is not going to change I’m here for you”

Adebayor made the post along with an old photo of him and Funny Face seated and exchanging a handshake while beaming with smiles.

Funny Face who culled the photo from Adebeayor’s Story, made a post to the effect that he and his bestie were now in talking terms.

His post of celebtration read: “Aoh Today .. I can sleep .. God bless you bro @e_adebayor .. the way people laugh me as u unfollow me .. only God can tell … now when u asked me not to talk .. I won’t talk .. even if I want to piss and u say funny don’t piss .. I won’t piss .. ankooosowa my money all finish … ebe CD I Dey sell now 😅🇬🇭🇬🇭🇹🇬 @e_adebayor Adebooooorrrrrrrbooooooooooorrrrrr .. bless up king 🤴.. @faddick and @bolarayofficial .. am people get ur money ready .. each of u is buying my album. 1 million dollars plus @e_adebayor .. 3 million dollars .. I have calculated ur money already .. am owing some people 😂🙏❤️ … @funnyfansofficial Tanx for ur support am back againnnnnnn 😅”

Zionfelix.net earlier reported that Adebayor had unfollowed Funny Face after he (Adebayor) made several calls to the comedian to stop ranting on social media about his personal issues.

After Funny Face was unfollowed, he took to social media to apologize to Adebayor for refusing to heed to advice but added that he was cool with the footballer’s decision.

Funny Face and Adebayor are noted to be longtime best friends who have been helping each other occasionally.

Share
Facebook
Twitter
Pinterest
WhatsApp
Previous article
I Have Always Hated Bathing; Even Since My SHS Days – Yaw Berk Tells Critics (Watch Video)
Next article
Dada Hafco Advises Young Musicians Not To Disrespect Those Who Came Before Their Time
- Advertisement -