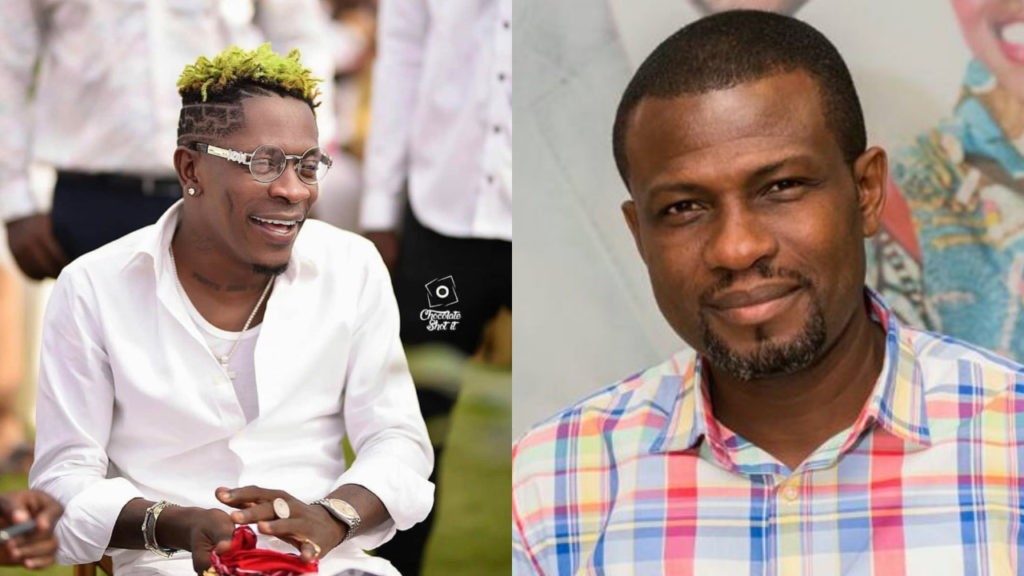 Award-winning Dancehall artiste, Charles Nii Armah Mensah Jnr aka Shatta Wale has made a surprising u-turn on his initial position that Mark Okraku Mantey cannot do the job as Deputy Minister of Tourism and Creative Arts if he is given the nod.

In an interview with Prince Tsegah (Da Don) on ‘USEYWETIN’ on the cruise control show which airs on Hitz FM hosted by Merqury Quaye and Doreen Avio, the ‘My Level’ hitmaker clarified his initial stance.

READ ALSO: Princess Shyngle Cries And Angrily Reacts To Reports Alleging That She Married Her Husband Because Of His Money (Photos)

Shatta Wale disclosed that contrary to popular public opinion that he dislikes Mark Mantey, he respects him and knows that he means well for the arts industry.

He said, “I was not trying to be rude to Mark Okraku Mantey, he is a nice man, he likes me, he knows my character, he knows who I am, and he knows I like to free my mind. I respect Mark a lot and I know how he wants to help the industry. We can’t give another person the chance to mess things like the way they’re blaming Obour now”

READ ALSO: COVID-19 Is Real, Protect Yourselves And Others From Contracting It – Henry Herbert Malm Advises After Recovery

This new statement from Shatta Wale comes after he earlier threatened the government against the possible nomination of the former President of the Creative Arts Agency, as the Deputy Arts and Tourism Minister.

The “My Level” hitmaker a week ago, through a Facebook live broadcast, stated that the CEO of Slip Entertainment lacks the requisite knowledge about the industry to assist in its growth.

WATCH VIDEO: Shatta Wale Buys 10 Bicycles For Kids In His...