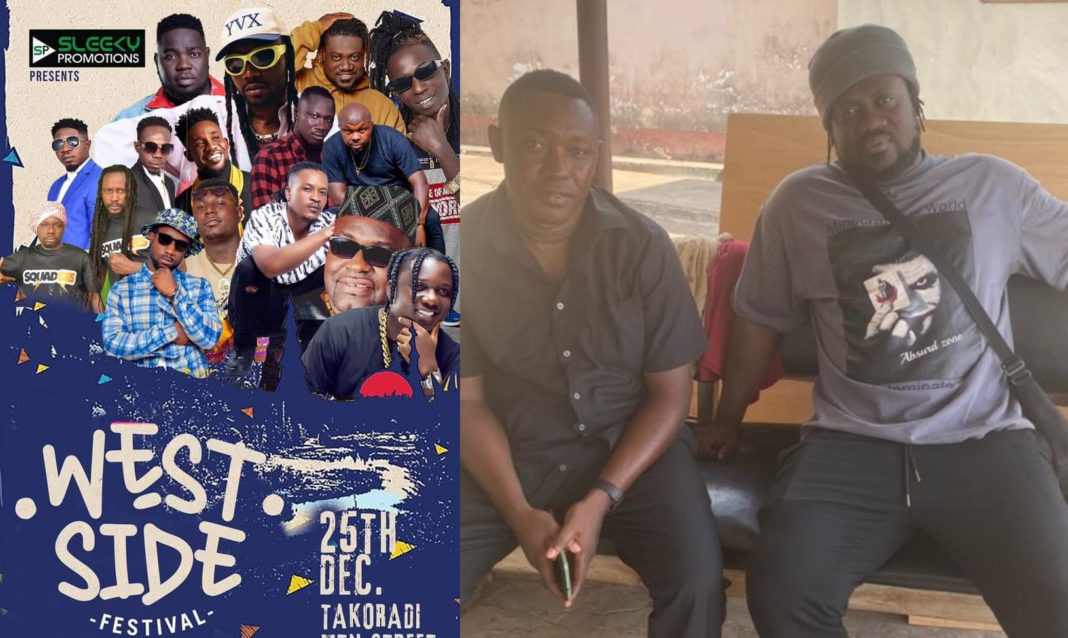 The CEO of Sleeky Promotions, Sadick Assah, well known as Sleeky, has unfortunately called the much-anticipated West Side Festival.

The sudden turn of events follows the death of Sleeky’s mother on Monday, December 19, 2022.

READ ALSO: VIDEO: Sarkodie Surprises Stonebwoy At Bhim Concert 2022 As He Joins Him On Stage To Perform

The festival, which was expected to be the talk of town in Takoradi during the 2022 Christmas season was initially expected to off on Monday, December 25, 2022, at the MTN street in Takoradi.

READ ALSO: VIDEO: “I Am Sorry” – King Promise Apologizes To Fans As ‘Promise Land’ Concert Fails To Start On Time

Musicians like Pappy Kojo, Ayesem, Bobo Dada Bee, Patapaa, TH 4 Kwages, are a few of the top stars who were ready to make the day a special one for music lovers in Takoradi.

However, all the fun has been postponed to a date that is currently unknown per a statement released by Sleeky and his team.

Read the full statement below…