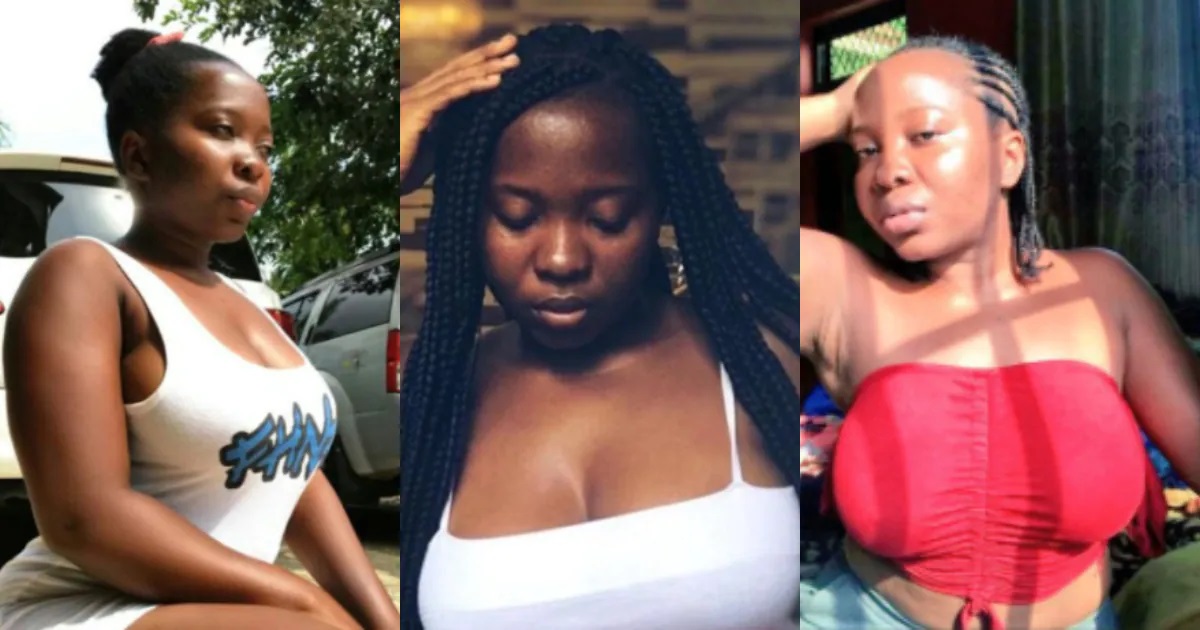 For those who felt pity and heartbroken about the leak of the compromising photos and videos of the Twitter lady, Akua Saucy not long ago, it appears that she has thrown pity to the dogs.

After months of being silent on the leak and all the backlash on social media, Akua Saucy has finally gone live on social media to react and blast all the people who were attacking her in the early days her n^des hit online.

In a live video on Twitter, Akua Saucy asked all those continuously mentioning her name and shouting about how fat and big her pu&&y is to give her a breathing space.

She admitted that her honey pot has also been big and added that she is very proud that she such a honey.

The unrepented Akua Saucy also fired some wild shots at the people who have been breaking down her neck with the suggestion that she is a disgrace to womanhood.

She furthered promised to drop more crazy videos for social media users because the guy who allegedly leaked them failed to drop the ones which are more deadly.

Watch her live video below